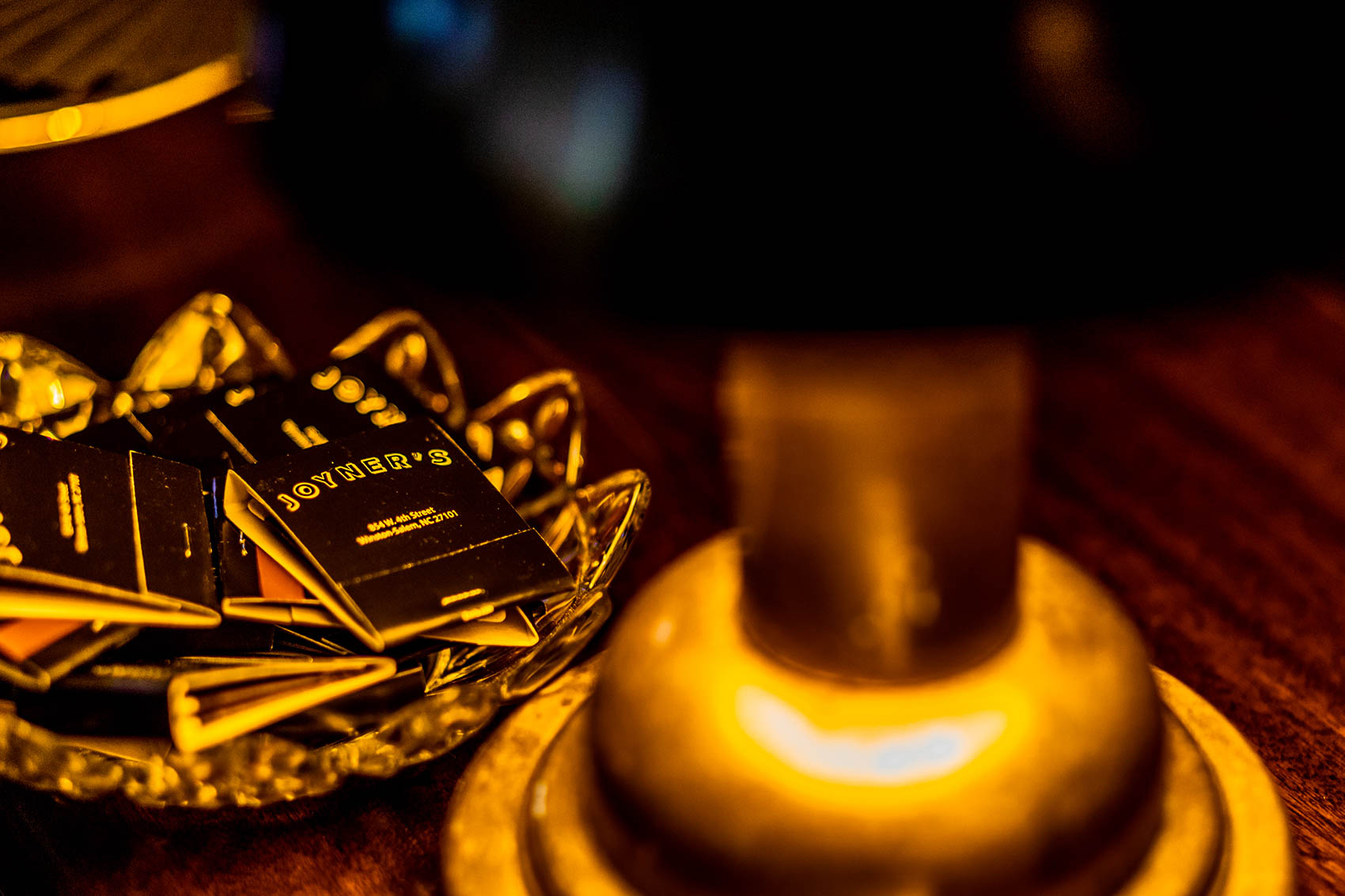 We recommend making a reservation ahead of time. Book your table today!

Host your party with us!

The perfect venue for your Holiday Party! Book your party today!We can host private, and semi-private events! We offer full service catering!!!! Email or call for info!!!

Afternoon Tea with The Humble Bee! - Joyner's is thrilled to announce our first collaboration with Brittany, and her team, from Humble Bee Bakery! Please stay tuned for price and menu selections!!!!

Humble Bee Afternoon Tea
Afternoon Tea with The Humble Bee! - Joyner's is thrilled to announce our first collaboration with Brittany, and her team, from Humble Bee Bakery! Please stay tuned for price and menu selections!!!!

In 1891 John T. Joyner opened a grocery store in a small wooden building at the corner of Fourth Street and a branch of the "new" Shallowford Street. The main part of Shallowford would soon become Brookstown Avenue, and the branch where Joyner's store stood would become Burke's Alley and, eventually, simply Burke Street. Joyner's timing couldn't have been better. The West End of Winston was already exploding and there was no other grocery for many blocks to the east.

Success was instant, to the point that more space was needed at once. Joyner's landlord, Frank Miller, who lived a couple of blocks away on Summit Street at Fifth, was sympathetic. He proposed to demolish the wooden building and replace it with a much larger 2 1/2 story brick storehouse on the site, and do it in record time. To do so, he would need all his building materials onsite in advance. To that end, in the spring of 1892, Miller purchased the old 1868 Winston Male Academy building downtown and carefully took it apart, transferring the bricks to his new construction site. In July, the old wooden building was demolished. The last week of the month Joyner took possession of his grand new brick store, moving himself and his new bride Phoebe into living quarters on the top floor.

Joyner's would serve as the West End's principal grocery for the next quarter of a century. In the spring of 1916, Joyner sold his business to R.B Crawford (former secretary of the White Star Grocery at 112 West Fourth Street), and his old grocery became R.B. Crawford & Co, grocers, which would continue to flourish well into the 1940's.

You worry about your guests and we will take care of the rest!

Let us host your party.